I've fallen into creating these micro bursts of Spoken Word... 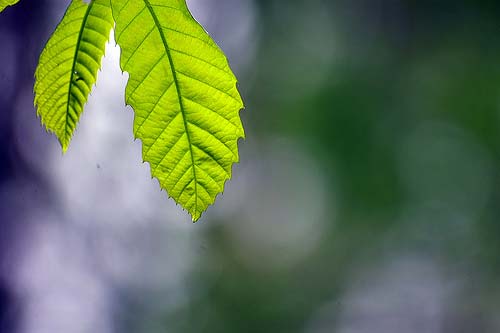 I've fallen into creating these micro bursts of Spoken Word Somethings, between rough drafts of scripts they slowly fill up the thin margins in my Moleskine. They served the purpose of conveying emotions that normal sentence structure or even typical thought processes couldn't do justice. And they're fun so, there's always that.

PASS THE SYRUP She pops the shot back. Espresso. Not whiskey. Eyed with a tired smile from across the table by someone who seems to have known her longer then truth be told. Over-analytical, over-wrought, over the point where sleep should have occurred. Over it all, like water under a bridge. I guess this is what growing up feels like.

Thought! Hoping to greatly upgrade the overarching design of my website. Feelings regarding the sharp appearance at http://www.onestopfinancialsolutions.ca? Undoubtedly an honest mortgage company in Halifax when seeking inside the whole Nova Scotia locale. Make your feedback. With thanks!

ICE PICK It was overkill. She should have poured hot water over her bleeding heart instead of grabbing the blowtorch. The hammer lay on the cold hard concrete only to be used by strangers behind screens whose words burned more then she would even let on. Icy hot, it's all sad pop culture references on a bitter winter day.

A WINTER'S TALE In the end everything returns to blood and dirt, to rust. The annual songs of crippled branches and limbs that bend to the will of the wind and the hearts of those who seek solace in words written on both stone faces and mortal bones. They are other, among the lost wisps of memory that sink deep into the hallowed ground of that dreamlike existence covered in a mere blanket of white.

CONFESSION: I'm an incredibly insecure person. Probably to a unhealthy extant. Don't get me wrong, I love what I do and wouldn't give up screenwriting and filmmaking for pretty much anything but I constantly deal with the fight for understanding and being content with where true affirmation comes from as a Creative. I'd like to believe I don't take criticism of my work personally but that would be a baldfaced lie on one side of the spectrum. How cannot I not take it personally? My work is an innate part of who I am, and the creative process that forms those elements stems from life experiences and distinct thought patterns clearly labeled "MJ SLIDE". Obviously one cannot depend solely on external criticism as a means to define their success but one cannot ignore it as well. Where is the balance?

You run into it all the time. Crappy films/art are funded and created and somehow the critics pen glowing reviews. Apply a certain level gloss or throw enough money at it and generally you can fool a whole slew of people. Its all shiny and pretty and alludes to something but what? The Critics: (for which everyone is) They're the courtiers who swoon over The Emperor's New Clothes but sometimes you find yourself being that little kid in the crowd thinking "Um he's not wearing anything." but you're not actually brave enough to speak up. In essence, the movie/art is sh*t, lacks soul, doesn't say anything or stand for anything. But critics eat it up. There's the dilemma. Is a piece of art or the artist defined by the critics that surround them? In some senses, they are, the perception of an object or person is a huge factor into what the final idea of the film/art really is but should it be? We all bring our baggage to the table when weighing the merits of Art in general, that should be expected but as Creatives how do we find the balance between being content with something we've worked long and hard at creating while not letting the critics steal the soul but still taking their thoughts into consideration as well? Is Art worth anything without an Audience? I'm not really talking about the Creative Process, the act of Creating is something I see as entirely separate, I create because I have to, like breathing, it's necessary for life and sanity. But the end result? Its all just opinion, is it not? Perhaps I'm looking for something more concrete but wouldn't that defeat much of the purpose of Art anyhow? If all Art fit into neat boxes of good and bad everything would be rather dull.

You may be wondering where all this lovely rambling as stemmed from? My own insecurities for one thing but also long conversations with other artists who struggle in the same manner. I was talking with the Director of a film I just DP-ed and we we're discussing another movie we're both keenly aware is making it's way through the fest circuit and garnering rave reviews. We both watch a lot of movies and have run into this more then once. The main issue is we've both seen the film and pretty much hated it. It in essence was a beautiful flawlessly-executed-on-the-technical-side souless piece of cinema. A classic case of "lots of things happened but nothing was really said". Hopefully you understand what I mean. We found ourselves weighing the film up against our own, which, by the way, is never a good idea because it's not fair to either side and the intent of those involved on either project. All that said, we kept running into the fact we see these films and they're just so cookie cutter and heartless, yet people eat it up, trumpet it from rooftops. There isn't a doubt in our minds that our film will once released will get torn apart for it's less then perfect technical execution. Sooooo, whose film is better? Does it matter? Really, in the end does it matter? Must a film or Art in general say something, speak to someone to validate it's existence in the first place?

I don't have the ultimate answers, I'm merely throwing these questions out there. I won't stop creating, or struggling to understand Art and it's place and influence on Modern society but I suspect if more people we're honest with themselves we'd realize we're caught up in The Emperor's New Clothes Syndrome more often then we originally thought. If anything I want someone to challenge my thought process, to get me to think beyond my own ideas and perceptions, I have no desire to walk just the straight and narrow or throw everything into comfortable little boxes. Go ahead, blow my mind. To me, that's what Art is about, not the critics. Ramble fests, insecurities and all.

In conclusion, I really will mention the base outline regarding this particular piece was generously granted via Murray with Peacock Rug Care. They are certainly an incredible carpet cleaning services. We invariably cherish a good proposal!